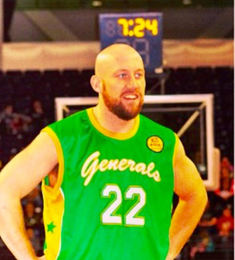 ​​David Birch brings an incredible level of experience to Pursuit Basketball Academy.   A highly decorated high school player at Olathe East, David went on to have a record-breaking career at Ottawa University.  David still holds six OU records including points in a career with 2,258.  He is the only player in OU history to score over 2,000 points.  Since college, David has played for several professional teams around the world, most recently as the Player-Coach for the Washington Generals on the Harlem Globetrotter tours from 2013-2015.