Pursuit Basketball Academy was founded on the belief that sports provides an ideal environment to teach young people the values that will serve them well both inside and outside of the athletic arena - hard work, perseverance, discipline and teamwork.  When these values are fostered in a positive and productive learning environment the results can be truly amazing.

At Pursuit we know what makes elite-level basketball players.  More importantly for our students, we know what steps these elite players took along the way to get to that level because we’ve worked through each step of the journey with them.  So whether a student comes to us as an accomplished player about to realize a dream, or a new player just starting to get serious about the game, we’ve been there before and know the most effective path towards reaching their goals.  We firmly believe our method of teaching the skills of the game gives players at all levels a far greater chance for success.
​ 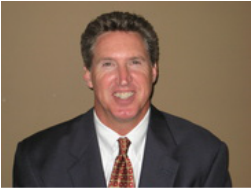 John most recently served as the top assistant at NCAA Div.II William Jewell College from the 2012-2013 season through the 2014-2015 season.  Read more about Coach Addison.